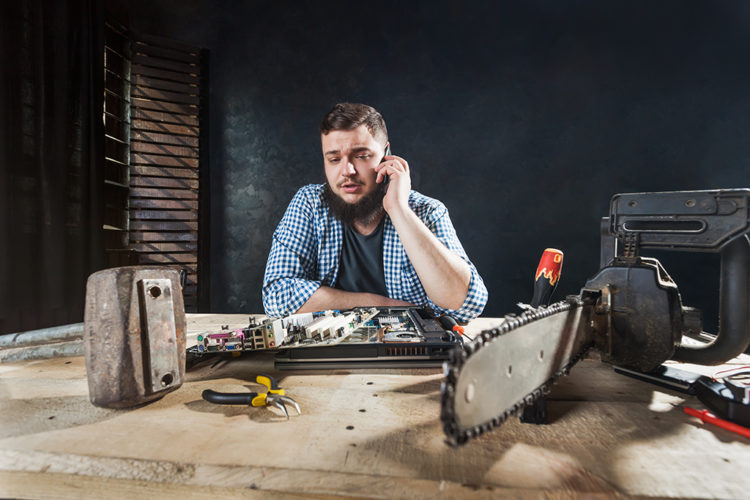 Personal computers and laptops will always have the tendency to malfunction, no matter how good your specs are.

That’s just the truth. You can have a $2,000 gaming rig but still end up with common problems that’ll hit a $200 laptop.

What Causes a Computer To Malfunction?

For a computer to run properly, both hardware and software must function at their most optimal state possible. A decline in their performance could cause your PC to slow down, or worse, malfunction.

For example, a malfunctioning RAM or Random-Access Memory could slow down your PC intermittently and you wouldn’t know about it till you’re running programs that require a lot of RAM.

Another good example is a problematic CPU, which can be one of the reasons why your computer crashes a lot.

But don’t worry, we’ll go over both the hardware and software problems and their corresponding solutions in the later sections.

Encountering any of these 5 computer problems is no laughing matter. 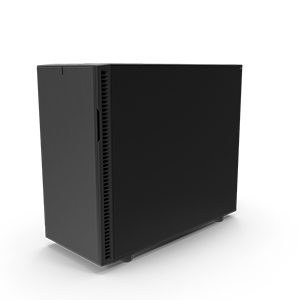 The time it takes to boot your Windows OS is about a minute or two, depending on the backup programs that you assigned to start up when your computer boots.

But a slow-booting PC is a common problem that often goes undiagnosed because people usually think it takes too long to boot.

It’s fine for a PC to boot anywhere between 5 seconds and 2 minutes, but it’s no longer normal when it takes about 10 minutes to boot.

Thankfully, this is one of the easiest problems to solve and sometimes doesn’t involve a hardware or software change.

I Can’t Install Programs And Applications!

You may think it’s normal for computers to not install applications and programs, but it actually is a common problem faced by a lot of users.

The biggest reason why you can’t install programs anymore is that you no longer have enough storage space to accommodate the new ones.

And the solution for this problem is pretty easy because all you need to do is make room in your storage by deleting old files you no longer need.

Windows 10 needs to update consistently when it can to make your PC run as smoothly as possible while keeping it protected against viruses and other threats.

You’ll also get an associated error code as well, so this makes it easy to find solutions online.

A common reason why Windows doesn’t update is the same as not being able to install programs: you’re out of storage space, which can be solved easily by removing old files.

A common PC problem is when programs don’t work as they’re supposed to. Sometimes, they crash the moment you open them. Some of them may not open at all.

A good example here is when you open Microsoft Word and you see the document’s fonts looking strange or out of place.

Another good example is when you’re running a RAM-heavy program such as Adobe Photoshop and it crashes in the middle of the session.

There are different reasons why programs don’t work as intended, and the easiest solution is to restart your computer.

Blue Screen of Death, or BSOD, is a problem that needs no introduction. Its name alone is the actual explanation for the problem.

This happens when a computer is unresponsive for a few seconds (due to high memory consumption) and then produces a blue screen containing a line of code and an error message.

When a computer is unresponsive, it means it is having hardware issues. A faulty GPU or CPU can contribute to BSOD’s.

The PC then restarts itself after a BSOD episode. Even when you have a high-powered GPU, you’re still vulnerable to the BSOD.

Sometimes, BSOD’s are very episodic and will occur rarely if you have a stable PC. But if you find yourself getting BSOD’s every day, then there’s something going on with your PC that needs to be looked at.

Software problems are not the only reasons why your PC is malfunctioning. 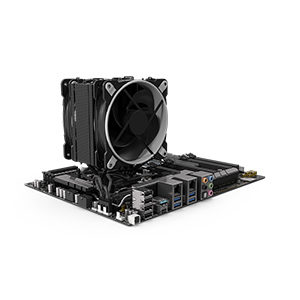 Sometimes, your hardware can also cause problems and listed below are the common hardware problems that you may encounter:

PC Is Not Turning On

When your PC doesn’t turn on, meaning there’s a problem with the power supply.

If you have a desktop, check your PC’s wires, extension cord, and the power outlet to make sure that they’re working fine. If they’re all good, then it means your PSU or Power Supply Unit is broken.

For laptop users, check the battery and the power adaptor. If the unit is not turning on, it may be either of the two that’s faulty.

When your PC crashes in the middle of booting, then it might be an issue with either the RAM or Hard Drive.

Because the OS is not loading, then you might be faced with a corrupted RAM and is unable to handle the boot loader or the HDD is damaged and can’t load any data at all.

Sometimes, your computer may not use the entire RAM. If you have 8GB of RAM, but your PC only uses half of that when checking task manager, that means that there’s an issue with the OS.

If your RAM isn’t utilizing a hundred MB’s or so, then it means some other program is using it, and you can’t do anything about it.

It is a different story when half of your supposed RAM is not completely utilized.

Whenever one of your USB ports stop working in the middle of a session, it doesn’t mean that it’s broken. Sometimes, it may have just stopped because a program may have told it to do so.

It’s also easy to fix this problem as well since you only need to restart your PC. Worst case, you reinstall your USB drivers.

An overheated PC can damage your entire system, and some parts such as the processor and GPU may get permanently damaged due to overexposure to heat.

If your fans are all ON but you’re still having heating issues, it could mean that your hardware is heating way too much.

Very often the issue is that your computer hasn`t been cleaned of dust. You need to open your PC and check it out. You will notice dust buildup.

First turn off your PC and remove from electricity…Then try to remove the dust slowly.

How Do You Diagnose Computer Problems?

1. POST Test – POST or Power On Self-Test is done when you turn on your PC for the first time. This appears before an OS starts to load. POST will display any hardware problems that makes the PC unable to completely boot.

2. Graphics Check – You can check for graphics driver failures when you notice any graphics problems once your PC boots. One example is when your display is not using your set resolution. This means that your graphics driver is malfunctioning and may need to be reinstalled.

3. Audio Check – Auditory tests aren’t the norm for diagnosing, but they’re good at helping you check if your PC is working fine. To do an audio test, simply run an audio file. If the audio is choppy or slow, it means the processor is overheating or running at an unusual speed.

4. Check Newly Installed Hardware – A lot of OS can cause conflict with newly installed drivers because the driver may have been installed poorly or it’s conflicting with another process. To do this, use Device Manager and access it via Control Panel, and click on the System icon.

5. Check for RAM and CPU Usage – A slow computer may mean that the RAM or CPU is not working as they should be. You can do a diagnosis by running Task Manager (Ctrl + Alt + Del) and click on Processes tab. You should be able to see the CPU Usage and Memory Usage Column to check how much is being used. If your CPU or RAM usage are high when you’re not running anything, it means that they’re malfunctioning.

6. Run a Malware and Virus Scan – Performance issues are often caused by viruses and malware. Some of them may not be detected on an initial scan, so running a complete Malware and Virus scan can track these hidden viruses down and delete them.

How Do I Know If I Have Hardware or Software Problems?

We’ve given you some examples on the differences between hardware and software issues, but it’s really tough to determine if you have either or both.

The biggest reason why it’s difficult to determine why you might have either is that some problems share the same symptoms.

For example, an overheating CPU can slow down your PC to great lengths, but so can viruses and malware. A virus can also cause BSOD’s (Blue Screen of Death) aside from a faulty GPU or CPU.

But with the list we’ve provided you above, you should be able to pinpoint the causes of your PC problems down to one to two causes.

1. Eliminate Resource-Hungry Programs – Your PC may be running slow because something is using up a lot of your CPU and RAM. You can do a check for resource usage by running Task Manager and clicking on Processes. You’ll be able to find, and end, unwanted programs running in the background. 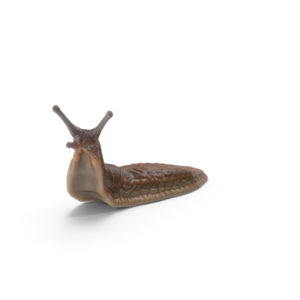 3. Close Startup Programs – You can choose what programs to run at startup to save up on RAM and CPU usage, and to speed up your OS boot time. Just go to Task Manager and click on Startup Tab. You’ll see all the programs that could be running at startup.

5. Scan For Malware and Viruses – Your PC might be slow because it’s infected with malware and viruses. You can do a complete scan using your installed anti-virus programs. You can also download a tool called MalwareBytes, which is great for tracking down potentially unwanted programs or PUP’s.

7. Defragment Your Hard Drive – This is no longer necessary if you’re running Windows 8 or 10, but you can still defrag them automatically. SSD’s or Solid State Drives don’t need defragmentation but you can “optimize” them if you’re using W8 and higher.

8. Free Up Disk Space – Hard disks at almost 90% capacity can slow down your PC. You want to leave up some space for your computer to work on the HDD. Delete unwanted files that you no longer need and permanently delete them from the Recycle Bin.

9. Remove Programs You No Longer Need – One way to completely free up disk space is to remove programs you no longer use. You also increase your PC’s speed because you might be removing programs that are running in the background.

10. Reinstall Windows – Do this when all 9 fixes have been implemented and your PC is still running very slow. When you’re running Windows 8 and upwards, a fresh installation is easier to do since you don’t have to reinstall Windows directly. You can just use the “RESET YOUR PC” feature to get a fresh Windows system. This way, you get to remove all of your installed programs while keeping your files intact.

Now you know how to fix your PC when it’s malfunctioning. And just like your health, prevention is always better than cure.

Make sure that your anti-virus programs and other diagnostic tools are up-to-date so they’ll be ready to help you fix any foreseeable problem.

But before considering any DIY solutions, it’s always best to consult with professionals first.