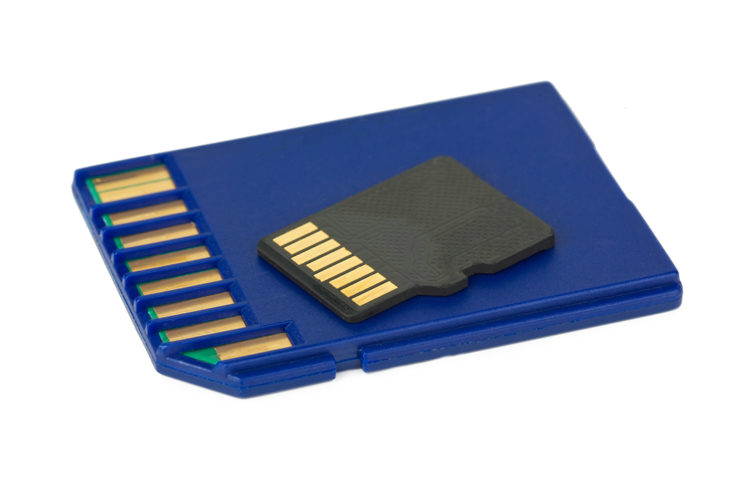 microSD cards can support SDIO mode meaning they can carry out non-memory tasks likes Bluetooth, GPS and Near Field Communications. TF cards nevertheless cannot perform these non-memory jobs. On the SD card, there is a switch on the security segment, a feature which is missing on the TransFlash card. Additionally, the microSD volume is 24mm x 32mm x 2.1mm and can support up to 2TB, whereas that of the TF card is 15mm x 11mm x 1mm and supports up to 128GB.

From 2014 until now, microSD memory cards and TransFlash are seen as the same since the name of TF card was changed by SanDisk Corporation to microSD.

Can I use a MicroSD instead of a TF card?

You can decide to use a MicroSD card rather than the TF card because they all perform similar functions. Furthermore, the microSD card can be used on a broad range of portable gadgets like personal PDA, digital camera, and Media Player. Nevertheless, the TF card primarily is used in mobile phones due to its smaller size plus with the advancing of the volume, and it usually applies to most gadgets like a Media Player, GPS as well as other Flash memory drive.

What is a TF Card Slot?

The TF Card Slot is an SD adapter that provides you with the convenience to utilize a full-size and secure digital SD card in all SD-enabled gadgets. Therefore, thanks to the TF card slot, you can put the SD card directly to the computer via its SD memory card slot. Additionally, it allows you to place the TransFlash card into mobile handsets, thereby enabling you to load more pictures and music.

It is not mandatory to understand the kind of memory card you will need to use either in your camera or other gadgets because the design of the device dictates this for you. For instance, cameras that only take SD media cannot use the CompactFlash card. Having said this, below are the different types of TF cards.

It often is seen as the professional photographer memory card since most of the high-end DSLRs like Canon EOS-1S X Mark II are compatible with CompactFlash cards.

These cards are much bigger physically in comparison to SD cards but are not used as often. Likewise, they usually have greater capacities plus can operate at significantly high speeds.

It measures 32mm x 24mm x 2.1mm thick and is the SD card’s basic format. Whereas it performs greats, it still is not as fast as some of the SD cards. Lastly, these cards have a limited space of 4GB any file exceeding these will necessitate you to find an SDHC card.

The sole reason this card was created was to meet the tremendous demands for both high-definition video and photography. Additionally, they have the same physical shape and size as standard SD cards but attain version 2.0 specifications.

Usually, any card with a memory exceeding 4GB is without a doubt an SDHC card. Nevertheless, the maximum storage capacity of these cards is 64GB, so anything higher than this categorized to be an SDXC card.

It is an advanced version of the SDHC card with storage capacity starting from 64GB and can reach 2TB.

The MicroSD card is the micro-equivalent of the SD card, and its physical size is 15mm x 11mm x 1mm thick.

It is similar to the SDHC card, notwithstanding being smaller in size plus its maximum storage capacity is 32GB of data. Its transfer speeds reach up to 10 MB per second.

It is the SDXC micro-equivalent with a storage capacity of more than 32 GB and a maximum of 2TB.  In comparison to the MicroSDHC and MicroSD, the MicroSDXC has a quicker transfer speed.

It is a new-generation high-speed memory card that resembles the CompactFlash in shape and size but is not compatible.  These cards are frequently used in several professional video cameras and stills.

These cards are more niche, unlike the options mentioned above as it currently is only compatible with Nikon DSLR bodies and Sony camcorders. However, they are somewhat smaller in comparison to the CompactFlash types, but their performance is outstanding hence making them ideal for high-speed video recording and shooting.

What are the sizes of SD cards?

The size of microSD cards, that is, MicroSDHC, MicroSD, and MicroSDXC is 15mm x 11mm x 1mm TF card price

Here are the best TF cards with different sizes which you should consider buying for your dash cam.

With memory being so affordable nowadays, it is acceptable if you are tempted to purchase a TF card with a large storage capacity. However, you need first to confirm the maximum size accepted by the dash cam, and if the storage capacity and speed rating match the minimum requirement, it is acceptable to use. With the SanDisk Extreme model, you get the highest U3 speed rating; thus, it is perfect for cameras which record 4k videos.

It is among the least expensive TF cards and is rated in the Class 10/U1 making it ideal for cameras which record in HD quality. Additionally, it also features a 64Gb version and comes together with an SD adapter hence slotting it into your computer or laptop is reasonably straightforward.

This TF card is resistant to both extreme temperatures and water making it very reliable to use, especially in gadgets. Therefore, this is an excellent pick for any high-end dash cam which requires storage space of at least 64GB as well as a Class U3.

It is famed for being a reputable brand which offers you with decent quality products. Furthermore, this item has a Class 10/U1 rating meaning it can store plenty of hours of recorded HD quality videos.

It comes with a 128GB storage capacity as well as a Class U3 speed rating making it perfect for 4K dashboard cameras. Likewise, it is more adept at handling recording tasks and is shockproof, waterproof, temperature, and x-rays resistant. To offer you the much-needed assurance, it has a lifetime warranty.

Toshiba is a reputable company and has a wide range of SD cards with storage capacities that range between 16Gb to 128GB. The TF cards with a storage capacity of 32GB and above have Class U3 rating hence ideal for 4K dash cams plus this model is also water-resistant.

This SD card boasts remarkable performance as well as reliability, thereby ensuring you never miss out to record any of life’s adventures while on the road. Its read speed reaches 95MB/s whereas the write speed is 90MB/s with class 10 as well as U3 compatibility, and it features a full-size adapter.

Therefore, with this SD card, you can record detailed and rich 4K UHD videos from your camera, tablet, or smartphone and be sure that every memory will remain safe. Also, the Evo Plus usually is supported by 4-proof protection, that is, the ability to endure magnetic fields comparable to an MRI scanner, airport X-ray machines, extreme temperatures plus 72 hours in seawater.

8GB storage capacity – Between 5 to 12 dollars

The price of a 32GB TF card on Amazon ranges between six dollars to13 dollars. The reason for this relatively big difference is the brand name of these different TF cards manufactures. Additionally, some incorporate additional features which further drives the price of this SD card higher.

What SD card is needed for the dashboard camera

Dash cams are digital video cameras which are typically mounted to the dashboard and then record everything that happens on the road whenever the car is switched on and moving. Thus, it is an essential safety tool you need to have while traveling to speed up insurance companies and court proceedings as well as safeguard your safety when on the road.  These include getting a microSD card which has the adequate storage capacity to record the day’s entire proceedings plus write/read speeds need to be excellent to prevent corruption of the recorded data. Because dashboard cams play a very vital role, you should also get a TF card that best suits them, and there are several factors which you need to consider. It is especially so because there has been a rise in ‘cash for crash’ scrams being recorded by most insurance companies or drivers deliberately braking, thereby resulting in being the vehicle behind running into them.

Many of the dash cams make use of same camera technology plus usually are mounted either in the windshield or windscreen. Other dashboard cameras incorporate additional features such as enhanced sensors and image quality, front and rear-facing coverage, night vision, in-built WIFI for simpler transfer as well as various parking modes. These extra features eventually lead to an increased price for dashboard cameras.